WEAPON PREVIEW
00:10
This is how the weapon will affect your opponent's screen. If they have a shield on, however, your weapon will not have any effect! If you successfully strike them you will get +50XP! The actual weapon attack on your opponents' screen will last 15 seconds.
WEAPON ATTACK
00:15 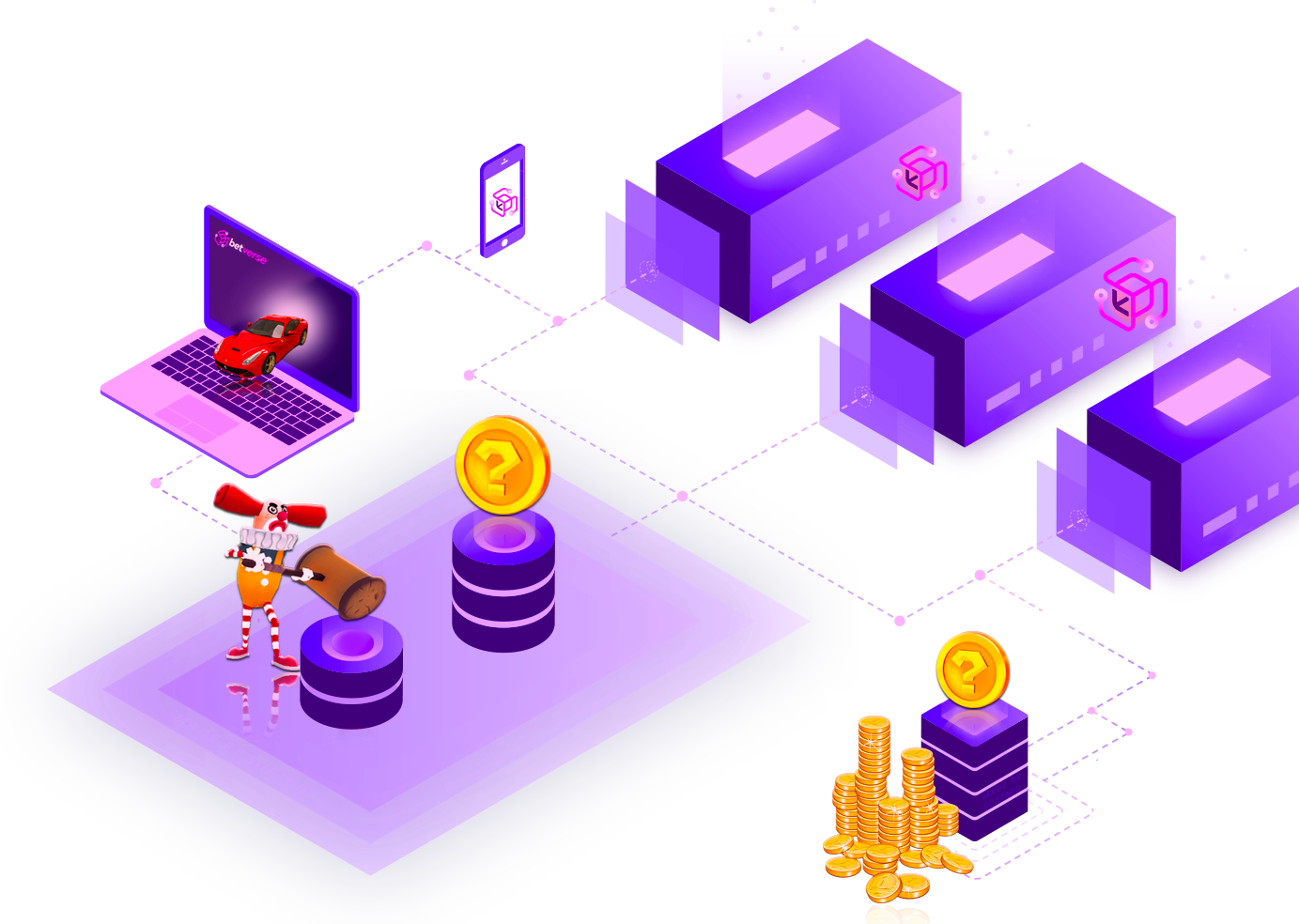 Welcome developer to SkillGaming! Please take a moment to go through below the important milestones ensuring your game is listed swiftly and achieves maximum adoption.

As a developer, SkillGaming opens up significant revenue opportunities which traditional ad-based channels do not. But it is important that you and your team first classify which type of game you will be launching on the platform. You can decide if you wish to create a game which gamers play just for points (Virtual Game - VG) or a game that is fully integrated into SkillGaming and offered on all platforms including our Telegram bot (which reaches a theoretical user base of over 100 million), PC/Mac OSX, mobile (android/iOS) and which allows gamers to play and earn either 1 vs. CPU, P2P or Team on Team (Integrated Game - IG). Along with this, Integrated Games may also exclude any real-money element, if you the developer so wish, but instead be monetized through downloadable content (DLC) and skins.

Integrated games all carry revenue share for you, the developer. This is detailed in the Commercials section below.

SkillGaming is fully regulated and including the backing of our multi-million-dollar liquidity pool which acts as counterparty to all 1 vs. CPU challenges that are taken in your game, SkillGaming also offers a regulatory umbrella for skills-based-gaming that may occur in your game.

It is important that games submitted to SkillGaming are designed using latest human-interface-guidelines as created by Google and Apple. As a developer and designer, you should read these carefully ensuring your games submitted comply with these.

If your game contains excessive violence beyond what is found in modern triple A survival horror or first-person-shooter (FPS) games, it may be rejected and we may request you to redesign certain assets in the game. While adult themes are alright, child pornography and other non-mainstream adult themed games are strictly forbidden. Any games featuring hate-crime and/or racially charged material are likely to be rejected.

Developers who have invested in an ESRB or equivalent rating are likely to receive priority. It is also important to ensure that if the games include scenes that can induce certain physical reactions such as seizures, that this be highlighted to the SkillGaming team upon submission, to ensure end-client safety.

The code in your game will be thoroughly reviewed to check for backdoors, spoof, mitm and other vulnerabilities. It will also be reviewed for viruses, trojans and other malware that could hurt users. If such content is found, your game will be permanently rejected and your account, banned.

Each game submitted to SkillGaming, either in the Virtual Game or Integrated Game category, is thoroughly reviewed by our due-diligence team. For Integrated Games, the process can take between 2-6 weeks for testing, approval and integration. During the review phase, if our team has questions, they will contact you. Improvements and amendments to the game may be requested.

If the game is approved, you are notified and sent an offer of integration via our SkillGaming legal team. This offer includes a contract which you are required to review, agree to and sign, along with return to us.

If a game is integrated into SkillGaming, it will be done so under mutual legal contract between SkillGaming and you/your company. SkillGaming holds no exclusive rights nor requires these prior or post integration. However, the SkillGaming version of Integrated Games may, legally, be absorbed as part of SkillGaming’s intellectual property (IP) if the regulator requires it. This is handled on a case by case basis and prior to integration you will be informed if this is a requirement.

If the game contains real-money elements, it will be housed under our regulatory license in Curacao.

SkillGaming pays gamers payouts upon winning of their games and developers and affiliates based on volumes transacted (regardless of win or loss). For 1 vs. CPU challenges inside Integrated Games, SkillGaming offers developers a 33-40% revenue share. For example, if gamers have, in aggregate, generated revenues (not volume) of $3,000 in a month, you will receive $1,000-$1,200. The amount you earn depends on the adoption, virality and retention of users in your game. Typically, for a well-received game, gamers may generate around $10 of revenues per day per gamer and around 200 daily-active-users may be found playing with real-money inside your Integrated Game. This would equate to around $60,000 in revenues per calendar month, translating to $20,000-$24,000 in net payments to you per month. A game that has an existing user-base that you wish to migrate with you to SkillGaming or experiences significant virality inside SkillGaming amongst its own organic userbase, could see between 1,000-20,000 daily-active-users (DAC), thus resulting in a substantial income stream for you, the developer. It is important to note that this is not a guarantee for success on the platform and games may also be poorly received if they are not well designed.

For P2P duels made inside Integrated Games which are made between gamers and SkillGaming acts as an escrow for the duration of the game, SkillGaming offers developers a 33% revenue share. This applies to Team on Team gaming as well.

For DLC and skins sold inside Integrated Games, SkillGaming takes a 10% revenue share and offers 90% of proceeds to the developer.

Note that as a developer, your Integrated Title may include a combination of the above type of real-money games and DLC, thereby substantially enhancing your earnings potential on SkillGaming.

Payments are made to an online e-wallet (USD or fiat equivalent, BTC, ETH) or bank account of your choice. Please ensure to peruse our restricted countries list from which we neither accept developers nor offer any services to gamers.

Once you have taken all the above into consideration and your game is ready, please click here to submit your game.

Reject All
Accept All

Only 1 message allowed per minute you spammer!

We've sent you a One-Time Password on your mobile device. Please enter this OTP here to confirm and save your mobile number.

We've sent you a One-Time Password on your mobile device. Please enter this OTP here to confirm and save your mobile number.

You must verify your mobile number to proceed.

Are you sure you want to delete this message?
Click on 'OK' to proceed.

Kek is mad at you 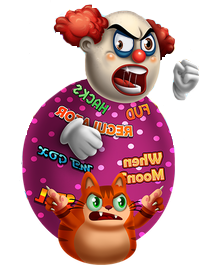 Trying to cheat me? Get back to your original browser tab buddy.

Are you sure you want to delete wallet details? 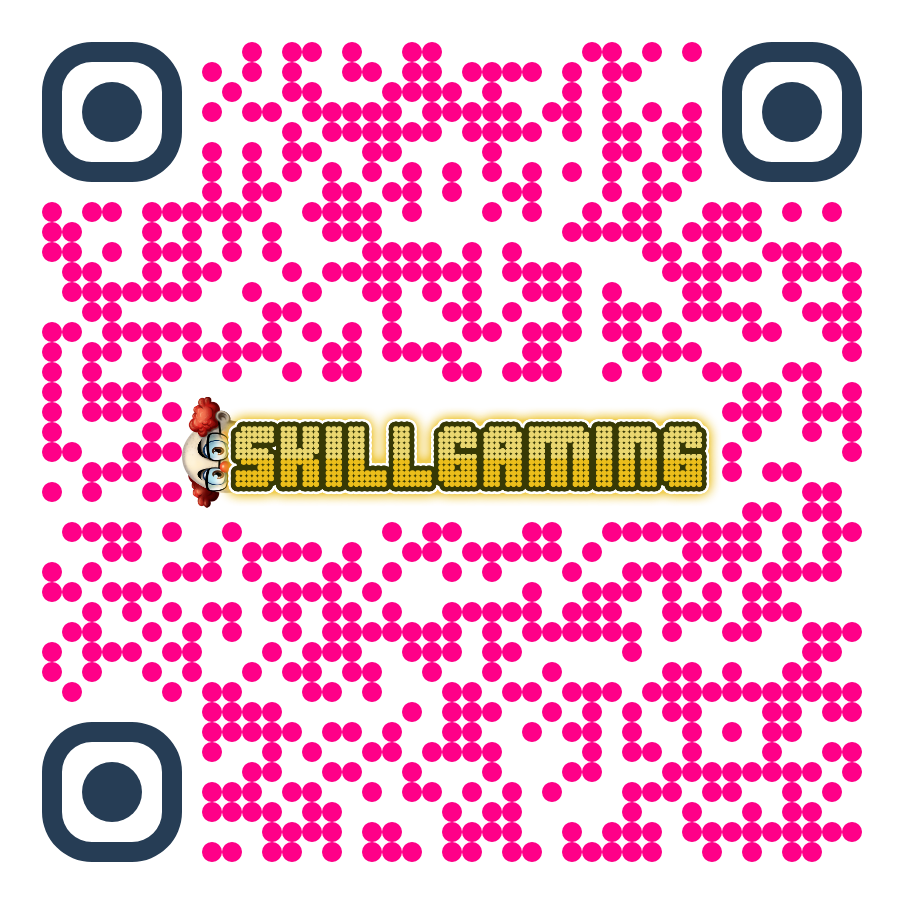 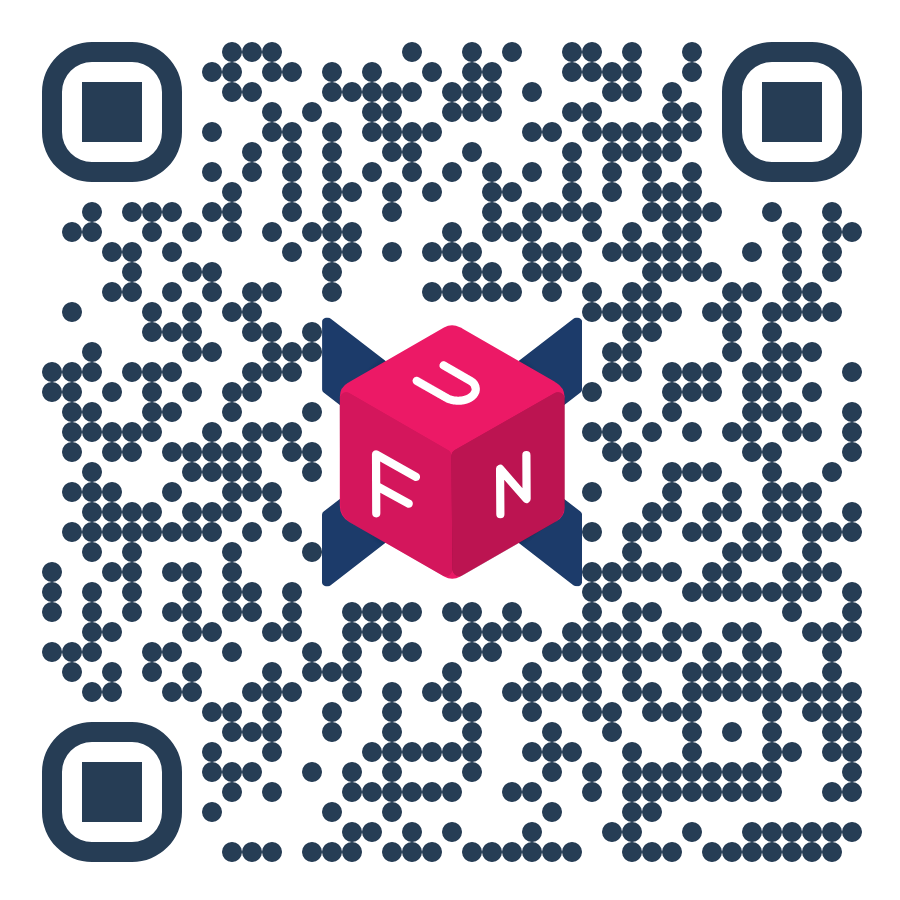 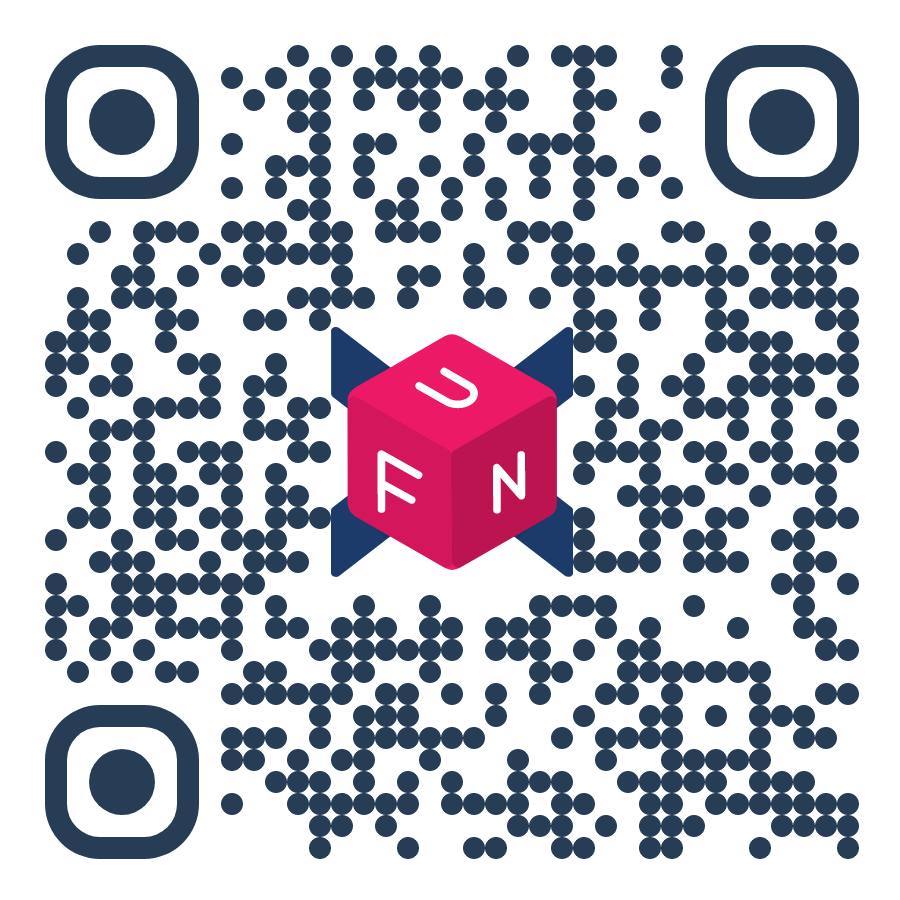 Are you sure you want to logout?

This feature is not available in your area. Please contact us at [email protected] if you need further information.

Our anti-cheat detection algorithm has flagged this session as fraudulent. It will therefore be registered as a loss. If you believe this is an error on our part, please submit video evidence of a session where you attain a similar score, here. 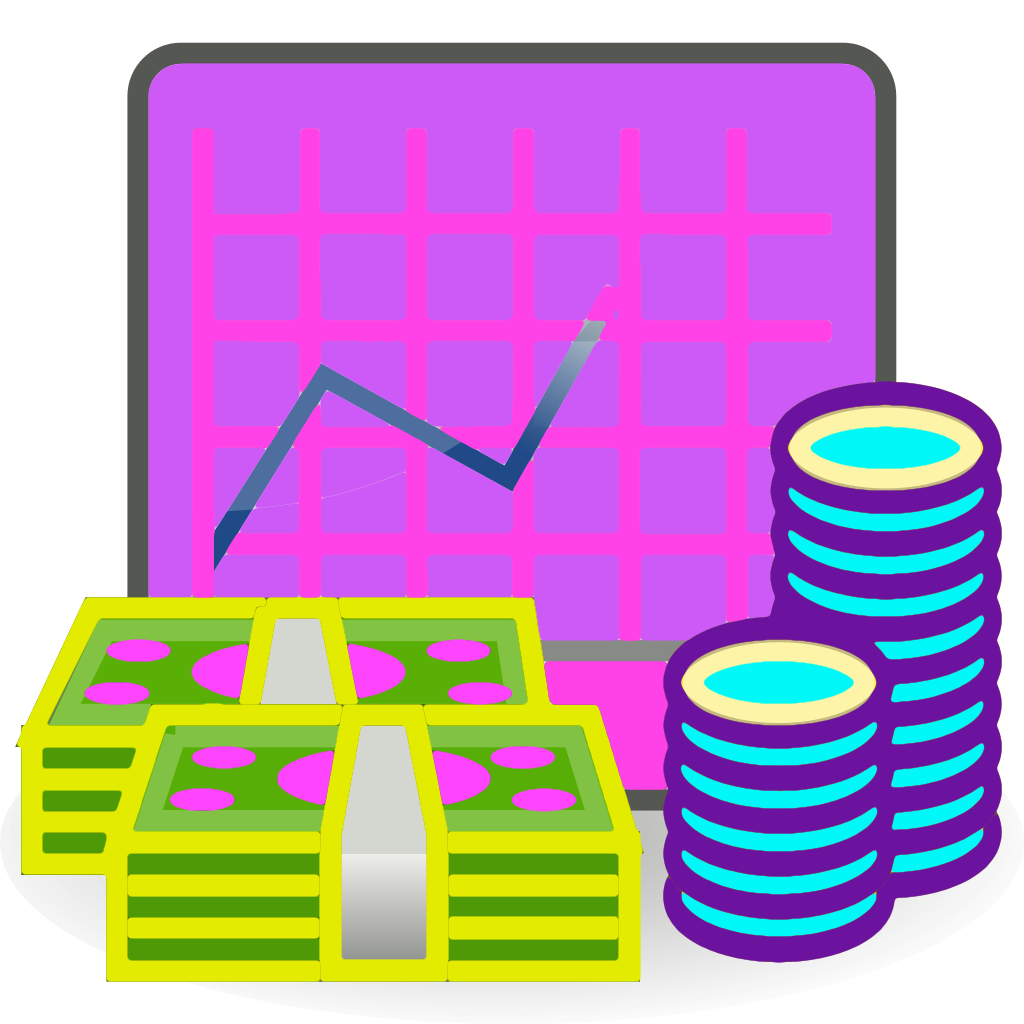 Are you ready?
Waiting for your opponent. 60

Only the loser will decide if they want a rematch or not. A rematch will happen with the same entry fee you agreed to in the previous duel. 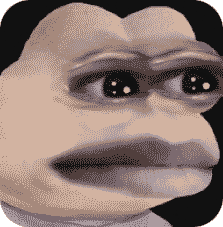 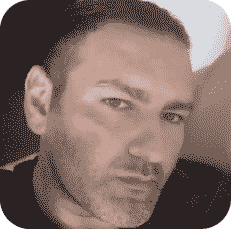 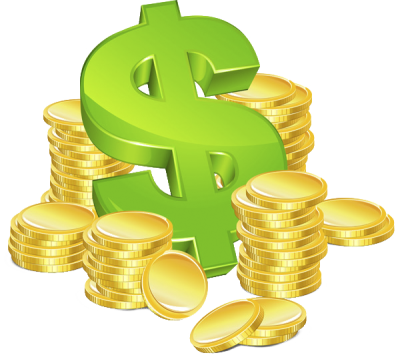 Make sure to disable your pop-up blocker or else Challenge mode will not work!

Your current avatar is that of a homeschooled clown.

Are you sure you want rematch.

Please wait, your duel is about to begin.